Invasive species can have a range of impacts. For example, some introduced plant life can negatively impact forest productivity. For example, a common sight across Canada, but especially in urban and rural parts of Central and South Eastern Ontario, in gardens, ditches, fields, and forests filled with flowering plants called garlic mustard (shown in top photo).

The danger of garlic mustard

Some unknowing urban dwellers allow garlic mustard to grow to maturity in their gardens, because of the unique shape of the leaves, and in its second year, the beauty or this biennial plant in bloom. However, garlic mustard self seeds rapidly and spreads widely when allowed to flower, and its roots produce new plants if not pulled entirely. A single plant left to bloom can eventually take over an entire garden, an entire neighborhood,  and spread into forests and fields. Garlic mustard seeds can lay dormant for up to 30 years, and then sprout in shady and sunny areas. Forest and field productivity are greatly reduced by the presence of garlic mustard because the plant interferes with the development of beneficial fungi that encourage native plant growth (native species like trout lily, trilliums, and wood poppies).  In addition, garlic mustard is not a significant food source for any local wildlife, and given its tendency to overtake local plant life that are significant food sources for local animals, it also poses a significant threat to local animal species and well.

What can we do about invading species?

First, make the decision not to.plant invasive species in your home garden — some ornamental plants sold at gardening centers are in fact invasive.

Second, commit to removing alien invasive species when you discover them, and educate your neighbors on their risks.

Third, join an invasive species council, support them financially,  or use your social media platforms to educate others. This is especially important because the Ontario Invasive Plants Council lost their funding through the Ontario Government in 2019, which means that they have limited resources to track and address the spread of invasive plant life across the province. Further, given social distancing guidelines during the COVID-19 pandemic,  large groups that would normally gather to remove invasive.species from forests and roadsides have been discouraged. More than ever, they must rely on people like you to help track, report, and remove invasive species. 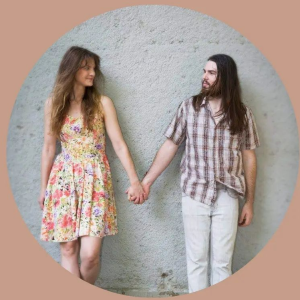