There’s a famous poem entitled ‘Children Learn What They Live’ first published in 1954.  Each line gives an example of positive or negative actions adults model and what children learn from them.  It’s likely you’ve seen this poem adorning someone’s refrigerator as a magnet or even as a bookmark somewhere.  At some point, it seemed to be a credo for childrearing.

As an adult reading it now, I notice something: empathy is missing.

One of the most important tools to navigate relationships with nature, with animals, with others is missing from the poem. How do children learn empathy?  What actions do adults take that teach empathy to children?

I teach at an inner city school with many kids who come from developing countries. Their experiences with dogs have been mainly with strays that wander the streets.  If you’ve ever travelled to countries with stray dog populations, it can be a bit intimidating and it isn’t the best introduction to dogs.  I knew that I had students who were very much “dog-curious”, so I arranged for volunteers from ‘The Kindness Program’ to come and visit our school.

Volunteers visit schools with their dogs and provide workshops to individual classrooms on caring for animals and ways to help with the dog and cat overpopulation crisis.  Children are offered the chance to pet the dogs in a very controlled environment.  For many of them this is their first time petting a dog.  This program is a great way to plant a seed for further animal advocacy in your student body.

I decided to start an Animal Rights Club.  I held an open meeting for interested students to brainstorm what we wanted this club to look like.  We decided our main goals would be to educate the student body and to do a fundraiser for a local rescue.

As timing would have it, the character education trait for the month of February was Fairness.  We proposed doing a presentation for that month’s assembly about fairness to animals.  The students put together a wonderful presentation pointing out the injustices of animals being used for food, entertainment or clothing.  They suggested alternative choices for all of these.

It was during these winter months that our club also decided to sell vegan hot chocolate to raise money for ‘Just Paws Animal Rescue’.  One of the members had a list of some local rescues and the students chose this one.  Students brought their own mugs and came to our hot chocolate café during the lunch hours.  We ended up raising about $160 for the rescue.  When I reached out to Just Paws and told them, they were thrilled!  They sent a representative to one of our meetings to say thank you and to tell us a little more about what they do at the rescue.

The icing on the cake was that Just Paws named one of their rescue dogs after our school!  We put his picture up in the hallway so everyone could see him.

This in-person experience was invaluable for the students because it allowed them to see their fundraising money being handed over to someone representing this rescue.  The icing on the cake was that Just Paws named one of their rescue dogs after our school!  We put his picture up in the hallway so everyone could see him.

There are so many ways to get students involved in animal rights.  I often hear students say they want to be vegetarian or vegan, but their parents won’t allow them or they don’t know how to cook. Having a club is a gateway for kids to think about animal rights issues. It empowers them to do something that they feel good about. It allows kids the opportunity to align some of their actions with their beliefs and there is nothing that feels better than that.

For more information about ‘The Kindness Program’, visit http://www.thekindnessprogram.org 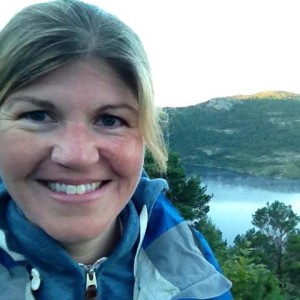 Volunteer writer Kathy Saunders is a Toronto-area elementary school teacher who has run the Eco Club, leading her school toward becoming a Platinum Certified Eco School, as well as launching an animal rights club. A National Geographic Certified Educator, Kathy is working toward her Environmental Education Specialist qualification. Outside of the classroom, Kathy volunteers with a Toronto cat rescue, cooking and baking plant-based foods, enjoys yoga and bicycling and lives with her partner and two adopted cats.

Shark lovers of all ages and levels will take a bite out of this new book in time for Shark Week, writes Jason Motz.

What’s my municipality and why does it matter?

Advocating to the right level of government makes a big difference for the animals.

Social media is a great tool for advocacy; but it’s not the only one.

Education and research opportunities that include field work are being impacted; but it isn’t all bad news, writes Cassandra D’Andrea.