Canada’s Climate Emergency Declaration: What does it mean?

As of the writing of this article (June 18, 2019 at approximately 2 pm Eastern time) it is a symbolic gesture with no real significance. It is good that the government made this announcement, but it does not have any meaning beyond stating an opinion. It does not influence legislation, does not create laws or taxes, and does not make any other changes.

Sometimes the words leaders say can carry a great amount of weight: standing up in front of your peers and saying we should be nicer to each other, or clean up our neighbourhoods, can lead to people being nicer and cleaning up. But actions can cause a bigger reaction: being nicer to the people in your community and cleaning up your room, backyard, or street will result in at least one person being nicer and less garbage.

Leading by example in a time of crisis is something we can all do. What’s yet to be seen is if the government leaders will follow up their declaration with action.

It should be noted that Prime Minister Justin Trudeau, Conservative (opposition) leader Andrew Scheer, and NDP leader Jagmeet Singh were all in Toronto for a parade; Green Party leader Elizabeth May and People’s Party of Canada leader Maxime Bernier were the only national party leaders in attendance for the vote. Elizabeth May supported the motion to declare an emergency, Maxime Bernier opposed.).

What You Can Do

The Young Defenders believes there is a climate crisis and that Canada’s declaration is a positive step forward. However, actions matter, too. We will wait to see what plans the current government wants to put in place and report on those when they’re available (we can also compare the opposition’s platforms when the election gets near).

As a young person it sometimes feels like politics are out of reach: but between the success of activist Greta Thunberg and a study that found children are actually really good at changing their parents’ minds on climate crisis discussions, you have a lot of power. Talking about the issues, using facts, looking at solutions other communities are implementing, and even doing art projects about wildlife, nature, and the climate crisis can help, too!

Send us what you’ve worked on at info@youngdefenders.ca or tag us on social media – and maybe we’ll share it with our entire network! 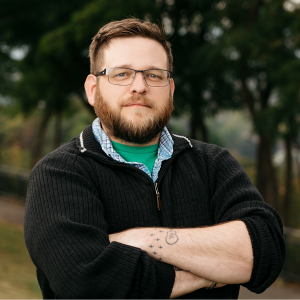 Michael Howie is an international award-winning journalist whose background includes work for Torstar, Metroland, and other magazines and publications. He is the producer and host of The Young Defenders podcast, host of the popular Defender Radio podcast, the writer of The Fur-Bearers’ blogs, and contributes to various online publications on behalf of The Fur-Bearers. He is also the primary manager of The Fur-Bearers' social media platforms. Michael has successfully managed a political campaign, worked with various non-profits as a strategic communicator, and performs in the popular End of Times and Other Bothers improvised comedy podcast. He lives in Hamilton, Ontario.